PMEGP’s full form is Prime Ministers Employment Generation Programme which commenced on 31st  March 2008 by merging the earlier PMRY (Prime Minister Rozgar Yojana) and REGP (Rural Employment Generation Programme). It was a measure to integrate the two programs with similar goals to concentrate on a unified effort to encourage the youth to create micro-enterprises in the country’s rural and urban sectors.  The Ministry of MSME (Micro Small and Medium Enterprises), Government of India is vested in the program’s administrative control.

The implementation of the PMEGP has been entrusted to the KVIC (Khadi and Village Industries Commission) at the national level and their directorates and boards at the state and DIC at the district level. It is primarily a credit-linked subsidy provided to boost employment among the youth of the country by indulging in the business of manufacturing and services by setting up new ventures. To comprehend the scheme’s nuances better, it is imperative to delve into the PMEGP scheme details in greater depth.

The basis of the PMEGP scheme is the provision of subsidies for starting a micro-enterprise to make the project viable through the extension of credit in the form of a PMEGP loan. The various features marking this vital initiative are:

The interest rate applicable as per the bank’s norm for MSME enterprises is 11% and 12% pa. However, under the provisions of the ISEC (Interest Subsidy Eligibility Certification) Scheme, the applicable interest rate is a concessional 4% for a mix of Working and Fixed Capital expenses. The differential with the regular interest rate is made good by the KVIC under the “Grants” head of the budget. This facility is limited to members involved in the production of Khadi and Polyvastra only.

The loan facility is extended to individuals and organizations meeting the specific norms for eligibility for PMEGP application:

The PMEGP loan sanction process can be initiated by accessing the PMEGP portal only, which is a dedicated digital interface provided by KVIC. The list of documents required is elaborate matching the requirements of the banks for a seamless process.

The borrower must invoke the portal for PMEGP online application procedure – https://www.kviconline.gov.in/pmegpeportal/pmegphome/index.jsp. The inputs required to complete the process may be split into three phases. In the first phase, the personal details are input. The second has the facility enter all the information pertaining to the PMEGP status, including PMEGP Loan Limit desired.

The account details of the bank are also mandatorily sought. Once this process is over, the application is to be saved for invoking the third step – the submission of documents in the digitized format. Only on completion of all three phases, the application can be finally submitted for evaluation. An application acknowledgment ID and password are messaged to the registered mail ID for future use.

PMEGP is the flagship initiative of the Government of India, has a broad canvas to work upon towards the generation of employment opportunities, primarily impacting the traditional modes of sustainable living. The successful implementation of the scheme envisages multiple agencies’ involvement right to the grassroots of governance, including the Panchayats for identifying the prospective beneficiaries. The PMEGP scheme’s success will ensure a large section of unemployed youth indulge in gainful employment and ensure demographic stability of the rural and urban sectors in the country.

1. Is there any lock-in period prescribed for the margin money?

Yes, the margin money which is also the subsidy component of the Project Cost is locked in for 3 years. It is reserved in a separate SB account subsequently offset against the overall PMEGP loan limit, subject to the utilization of funds as per bank’s requirements.

2. How is the expenditure on rent/lease and land for the unit treated as a component of the Project Cost?

The cost of rent or lease, if it is not greater and 3 Years in age, is treated the component of the Project Cost. However, the cost of land does not qualify as a legitimate component of project cost.

3. How has the scheme fared in the last few years?

The following grid is indicative of the statistical proportions of the achievement of the PMEGP as a whole derived from the PMEGP e Portal.

4. What are the security provisions in loans granted under the PMEGP scheme?

5. Under the PMEGP loan scheme, is there a provision for borrowers proposing multiple units?

The provision of the scheme permits only one unit per borrower.

The Government Decides to Extend the PMEG Scheme, with an outlay of INR13554 crore

The government has decided to extend the PMEG (Prime Minister Employment Generation) scheme for five years. It also got an outlay of INR 13554 crore. The scheme has also undergone drastic changes.

The government has approved the decision to extend the PMEG scheme over the 15th Finance Commission cycle for five more years.  It implies that the scheme will receive a new lease of life; from 2021-2022 to 2025-2026. It will also receive an outlay of the amount mentioned above.

Since its inception in 2008-2009, PMEG has given new leases of life to up to 7.8 lakh small-scale entrepreneurs. And it has spent INR19995 crores as sponsorships to such firms. As per the estimates, 80% of the beneficiaries were from provincial regions. The remaining 20% went to SC, ST, and women. The scheme has also undergone further changes. The grant allowed for each section got doubled. There are also certain changes in the definition of the categories of entrepreneurship in the scheme.

On April 6th, Uttar Pradesh became the first state in India to provide maximum investment and employment under the Prime Minister’s Employment Generation Program (PMEGP). This accomplishment is credited to Chief Minister Yogi Adityanath, who made it possible regardless of all the backtracks and hurdles. With more than 21 schemes in place, the state has upraised to become 2nd in the ranking of business ease.

INR 4.68 lac crore worth of investments have poured in, which is the highest compared to the previous regimes. According to the Additional Chief Secretary MSME, Dr. Navneet Sehgal, there has been a 110 percent increase in PGEMP and a 15 percent subsidy. The District Industries Centre, Khadi, And Village Industries Commission and Board collectively gave about INR 336 crores against the INR 334 crores goal.

As many as 74,415 new micro-enterprises were set up in the fiscal year 2020-21 under the Prime Minister’s Employment Generation Program (PMEGP), said Minister of State for MSME Bhanu Pratap Singh Verma. It is estimated that 5,95,320 employment has been generated in the same year through these new enterprises. New enterprises established in FY21 were 11% more than in FY20 and 1.34% from FY19.

Similarly, there was an increase in the employment generated under PMEGP in FY21 in comparison to FY20 & FY19. PMEGP is a central government scheme that promotes entrepreneurship and generates employment through financial assistance, implemented by the Khadi & Village Industries Commission (KVIC). It offers maximum assistance of Rs 25 lakh for setting up new manufacturing units and Rs 10 lakh for new service units. It allows anyone above 18 years of age and at least a VIII grade pass to apply for assistance.

Having implemented the prime minister’s employment generation program for the financial year 2020-21, J&K Bank was awarded the 4th position in India under the Khadi India Award by the government of India for its distinguished pan-India performance.

Rajesh Malla Tikoo, Zonal Head Mumbai, accepted the award on behalf of J&K Bank. MD and CEO Baldev Prakash appreciated the government’s support and stated that the bank secured the position due to its commitment as the premier financial institution for implementing PMEGP. He also added that the recognition given to this bank further pushes it to empower people financially. Thus, they can participate in the other growing economy of the country through the government’s effective execution of flagship economic programs. Through the sponsored schemes launched by the Indian government, the bank will accomplish its mission to empower people financially. For 2020-21. Within the next financial year, the Bank will sanction 12455 PMEGPs with a loan limit of Rs 797.37 Cr.

Prime Minister’s Employment Generation Program (PMEGP) is a government scheme that will provide financial assistance to individuals setting up new enterprises. PMEGP has employed nearly 3 lakh people as more than 36,000 new micro-enterprises with the subsidy of Rs. 1,150 crores have been set up in FY 2021-22.

Maximum assistance of Rs. 25 lakh is provided for the manufacturing sector and Rs. 10 lakhs for the service sector. Any individual above the age of 18 and at least a grade VIII pass is eligible to apply for assistance. Charitable trusts, self-help groups, etc., are also eligible for this scheme. However, existing units under other government schemes or those already availed of Government subsidy are not eligible for PMEGP. Only the new units are eligible.

PMEGP has boomed in FY22 as many workers have lost their jobs in October. Also, studies have shown that 88% of micro beneficiaries set up under PMEGP are negatively affected by the Covid-19 pandemic.

The NSTFDC praises 53 successful tribal entrepreneurs from the northeastern States

The National Scheduled Tribes Finance and Development Corporation has recognized 53 successful tribal entrepreneurs from the Northeastern states for their accomplishments in a variety of entrepreneurship ventures. Under the Union Ministry of Tribal Affairs, the NSTFDC is the apex organization for the economic development of

Scheduled Tribes. The conference was intended to boost NSTFDC lending schemes, spur collaborative arrangements with Khadi and Village Industries Corporation, and facilitate the implementation of the Central Government’s flagship scheme, the Prime Minister Employment Generation Programme. Nagaland’s Minister of Tribal Affairs and Higher Education graced the occasion as the chief guest. As the event’s chief guest, Nagaland Minister of Tribal Affairs and Higher Education Temjen Imna Along spoke about the simplicity of tribal life and the enormous potential for entrepreneurship in Nagaland.

He praised the efforts of the Ministry of Tribal Affairs and the NSTFDC in organizing such a program, emphasizing that such programs would encourage and motivate aspiring youth entrepreneurs to pursue innovative livelihood opportunities. Sukamal Deb presented detailed information on the implementation of the PMEGP scheme and the MoU signed between NSTFDC and KVIC for its implementation for tribal development.

PMEGP: The loan disbursement and creation of new jobs through the PMEGP program in FY21

Despite Covid hitting the Indian economy very hard, the Prime Minister Employment Generation Programme (PMEGP), has crossed its target for FY 20-21 and has gone beyond. This shows immense enthusiasm among people for this scheme that offers subsidies that are credit-linked to micro-enterprises engaged in the manufacturing as well as services sectors. This program disburses loans for setting up micro-businesses which leads to employment generation subsequently and also boosts the economy.

On Monday the new MSME Minister, Mr.  Narayan Rane, shared the data in the Rajya Sabha that banks had disbursed sanctioned loans to over 84,793 micro-units, generating employment for about 6,78,344 unemployed against the target of helping 78,625 entrepreneurs in setting up of micro-units and subsequent generation of employment for 6,29,000 unemployed. In the current FY, 1,42,864 jobs have been newly created through the setting up of around 15,564 small units, as per data available on July 22. The total creation of jobs from the Financial Year 2009 under the program is 57.37 lakh. 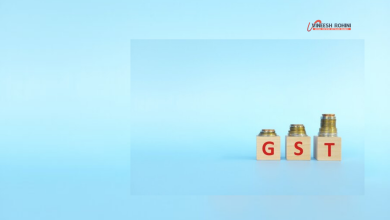 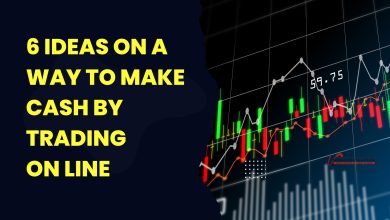 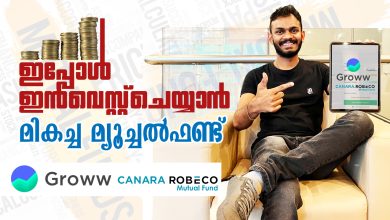 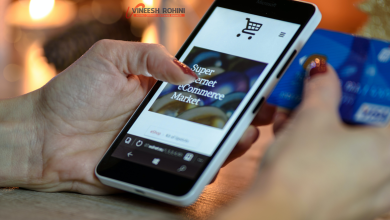